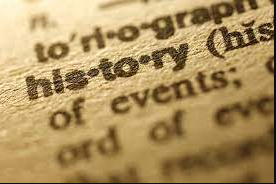 How do you define History and the different types of historical lenses used in the study of history? Do you know how Historical Lenses are used? We will be discussing the Social, Political and Economic Fundamental Lenses.
It is possible for the historian to apply different lenses, such as the one used by a photographer. Which could alter or change the previous pictures. Additionally, Historical Lenses is a device that allows us to know and understand history in a way that is exciting and interesting for us. When viewing literature or other works of art through. The lens of a historical lens, one looks at a particular part of it. Based on the author’s background and famous ideas, as well as the culture of the time when it was written, it estimates on what it could have been like.

The additional benefit is,

you can focus your attention through hundreds of articles using a variety of historical lenses, allowing you to narrow down the topics or details that are of extreme interest to you. While historians can employ a number of lenses, they usually focus on three basic lenses: those of social analyses, economic analyses, and political analyses. Excellent historical writing while dealing with economic, social, and political lenses with a focus on connections.
There is more to history than just the interest of a lazy individual. Human nature is well demonstrated and it lends valuable lessons as well as helping people study abandoned rules that are wrong. In this way, by applying the historical lenses to an event. We can have a better understanding of what that event brought about, are able to learn from it, and grow as a society as a result. The purpose of this article is to give you detailed information about the different historical lenses (economic, social, and political).

History can be viewed from a variety of lenses:

As a result, there are three main areas where historical lenses are most commonly used. Which are social lenses, political lenses, and economic lenses. Let us take a look at each individually.

The Social Lens focuses on the person’s relationships with other people and their communications with them. The lens discusses fields such as class, ethnicity, cultural, and gender. As opposed to the other two types of lenses. The Social Lens is likely the most comprehensive and all-encompassing of the three types. The factors that affect a person’s perception of the world are cultural differences. Racial differences, sex differences, religious differences, and their economic status.
It is believed that Social Lens is able to discover the movements and behaviors of different communities. And even within the same community – of people that communicate with one another. The historical value of the social lens comes from the fact that it helps historians gain new insights into the past. Quite a lot of the social lens can be divided into four categories: choice, working period. Rich and poor as well as women, men, and children.

Second, there is the political lens, which is the 2nd type of historical lens. Political lens searches at the relationship between the people who have authority and those who do not. Instead of focusing only on the actions of politicians or local governments. It is suggested that a political lens explain the elements of authority and influence within a firm’s organization. Leaders and governments are discussed in this book. As well as how policies affect legislation, regulations, and power.
In addition to this, Political Lens focuses on the relationship between individuals and other individuals. Historians therefore investigated the ways in which law. And law affect individuals’ lives by applying the “political lens” approach. There is a perception that it is a field of competition and battle between groups, individuals. Other firms whose interests and objectives differ from one another or even conflict in vastly different directions.

The third historical lense that we are going to discuss is the economic lense. In economics, a person focuses their attention on the national, local, or international economy. Which all have a significant impact on how they live their lives. In this paper, an economic power of the issue is examined, along with the opinions of various economists. The fields of international or national economies, or business dealings. Both private and public, are exposed as a result of looking through a particular economic lens.
The economic lens not only captures pictures of companies and economic systems. But it also focuses on such factors as government rules, how money and labor are connected, business tactics. Such as horizontal combinations and marketing, as well as the relationships between businesses and customers.

Other lenses are accessible to historians however, as well as ones that fall in or intersect with these extensive types. As such, each of these lenses (economic, social, or political) illuminates a part of human history. Whether it is the military, the environment, science and technology, or many other facets.