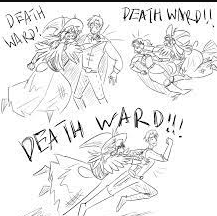 When it comes to D&D 5e spell combos, the key is to immobilize the enemy, then deal damage, or make movement hurt, forcing the enemy to maneuver. In addition, there are some ways to reduce the saving throws when using a spell that requires that saving throw.

You would like to touch a creature and you are providing a measure of protection from any harm or death to this creature by touching it. If you get damaged, the objective would be to have zero hit points. This happens when your hit points are zero on your first try. The spell ends when the target reaches one hit point on the target.

For a more varied appearance, first cast a disguised self. This is followed by influencing an enemy with friends. In order to prevent an angry enemy from realizing it was you who cast friends, turn around right before the friends game is over and dispel disguise yourself.

Additionally, fog cloud can also be used to disguise oneself. It is recommended that when enemies attack, you cast fog first before casting disguise self or minor illusion to make yourself appear as if you are one of the enemies. This can be a reliable escape plan at low levels.

As a first step,

you should transmute stone into mud, which reduces the speed of your movement. Casting slow will further reduce your movement speed and your AC. Once you have cast slow, cast fireball for tons of damage. Ideally, this should be done as a gaggle so that you can get in as much damage as possible.

On saving throws against any death spell or magical death effect, the subject gains a +4 morale bonus. It is granted to the topic a save to negate such effects even though there is no such save normally allowed. There is no energy drain or any other negative effects that can cause the topic to suffer, including channeled negative energy effects.

During the period of time it is effective. This spell does not remove negative levels already gained by the topic. But it does remove the penalties from negative levels.

There is no protection from deathward against other kinds of attacks, albeit these could be lethal. A Death Ward is only meant to protect you from spells with the Death-description, i.e. spells like Finger of Death and Slay Living. It is true, however, that my D&D DM interprets Disintegrate as a magical death effect, since it is a spell. And therefore the result of its use against a living target is an instant death. Our group plays D&D 3.0, by the way.

In the regular games,

Death Ward may seem to be quite a useless spell. Almost no regular enemy in the unmodded game uses an insta-death spell except for a lich which likes to use WoB (then again, when he starts casting just get out of his range (it’s a long casting time. Spellcraft will help you understand this). Run it when you’re ready!
Apparently Saablic Tan is also equipped with WoB and a few Disintegrates spells, but the AI is so utterly stupid that they never even allow him to use those deadly and scary spells. The only thing you need to be careful of is that he has PW:Kill, so Death Warding your characters with low HP is one of the best things you can do.